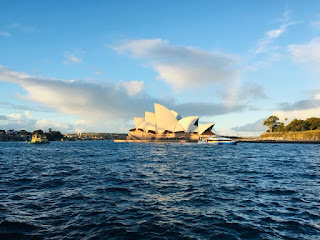 From Melbourne, my Aunt Jenny and I went straight to Sydney. It was a nice change going from 40-50 F to 50-65 F weather and not being rained out everyday.
I didn't know what to expect in Sydney because everyone's perception is different, especially being American, where it's (almost) everyone's dream to go to Australia. Overall, the city itself was beautiful and the sights we had been able to see were fantastic. 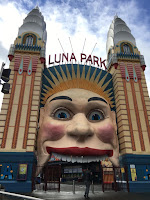 We stayed at the cutest AirBnB that was just a short walk away from the CBD. By the time the third day rolled around, we pretty much knew the route to the transportation ferries. We did a lot in Sydney which included going inside the Opera House, walking over the Harbour Bridge, and going to the top of the Westfield tower. In addition to all of that we visited a few of the most iconic beaches and bays like Manley beach, Watson Bay, and Bondi Beach. 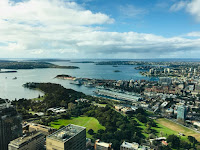 I really enjoyed the beaches because each one of them had a very different atmosphere to them. Manley had less people but the shops and beach were all pretty close together. Watson was more spread out but seemed to be more suburb-y with less shops and more open space with houses. Bondi was definitely the biggest and way more of a tourist destination with a big surfer vibe. it was pretty much one big party with lots of different shops. I would 100% go back to Bondi in the summer to go for a swim/play in the waves. 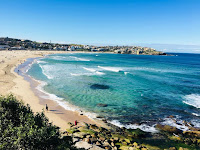 Throughout our time in Sydney we also did some major souvenir shopping. Now, I don't know about everyone else, but I LOVE shopping for souvenirs. I think I am more excited to buy gifts for other people than I am for myself. Plus, it is always so fun to look around and find the perfect gift for people. This time I was able to buy authentic Opera House souvenirs (can't mention names just in case they read this 😋), how cool is it going to be when they get something from one of the world's most iconic places! 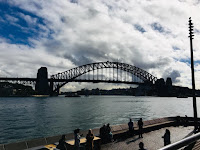 I have to say, out of all the places I have visited in Australia, the Gold Coast and Sydney would have to be my favorite. Those are two places that I could pack up, move to, and live a happy life. They are definitely my top two Australian most "livable cities".