Beaches, Crystals, and Waterfalls...OH MY! 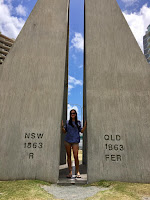 After spending some time in Indonesia, I headed over to the Gold Coast for about a week to visit a friend who I met during my first semester of grad school. It just so happened that we were roommates for a short while and really hit it off. Before I get started I'd like to give a little shout out to my friend, Lara, for hosting me: *You were so kind to open up your house to me and I will never forget all of the fun we had. Every moment was absolutely fantastic and I am thankful for everything you did for me! 💜* 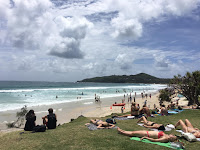 Honestly speaking, the Gold Coast is exactly the type of scenery that most non-Australians think of when they hear the word Australia. I can honestly say that Coolangatta, Gold Coast, and Byron Bay are the very definition of paradise to me. I could literally pack up everything I own right now and move to one of those places. The city, the beaches, the water, the surf, literally everything was so beautiful. 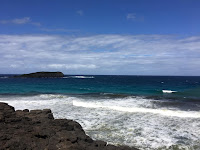 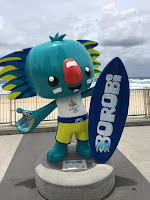 During this trip, my friend took me to see a good portion of the Gold Coast which included Coolangatta, Byron Bay, Surfers Paradise, Crystal Castle, and Springbrook. Every single place was so different from the next, and honestly like nothing I've seen before, that it blew my mind. I loved all of it. 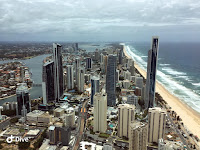 Surfers Paradise was one of the first big day trips that we took. We went to the top of the Q1 Tower (One of the world's tallest residential buildings) and you could literally see the whole span of the Gold Coast. It was such an amazing sight to see, I remember my mom calling when we were at the top and I insisted that we video chat so she could see it too! After that we took a walk around Surfers Paradise and I had my first bagel with cream cheese (courtesy of Starbucks) in 5 months, and it was so good it brought tears to my eyes (If you're American, you'll understand). 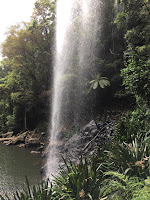 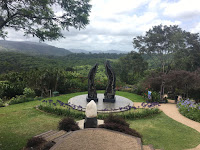 Next, we headed over to Byron Bay Lighthouse/Beach and Crystal Castle. First of all, the lighthouse was quite the sight to behold. Gazing out into the beautiful blue horizon had me speechless. There was something about that place that just really left an impression. The water was a radiant mix of  dark blue, light blue, and turquoise. Byron Bay beach was equally beautiful as well. I may not be much of a regular swimmer, but I really enjoyed sitting in the sand with Lara and chatting while we people-watched. It was incredibly peaceful. 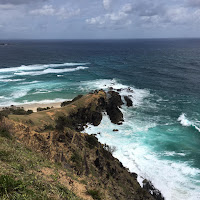 Crystal Castle was our next stop and, wow, I've never been to any place like it. I feel like CC is one of those "hidden gem" places that you just happen to stumble upon and then it ends up being a psychedelic blast. For all of you out there that are hardcore healing crystal fans, this is the place for you. There were crystals and geodes everywhere, some of the largest I've ever seen. Not to mention it was farther inland so when you looked out into the rainforest it almost felt like you were in a fairy tale world. The air there also smelled very fresh and clean, as if you were to be smack dab in the middle of a flower patch. Nonetheless, I highly recommend checking this place out for anyone who has the chance. 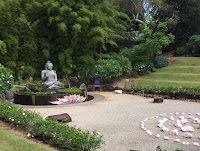 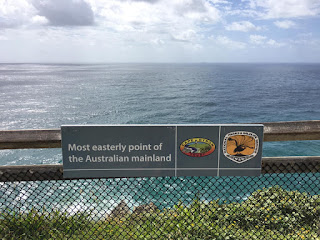 Last but not least, we went to Springbrook National Park where I saw my first real life waterfall. It was breathtaking and now I am obsessed with waterfalls. Walking through various areas of the park was really cool because there were so many different views. From waterfalls to rainforests, this place gave a different and elegant view of Australia. Again, the air here was very crisp and clean, similar yet slightly different than at Crystal Castle. I can say with confidence that my first waterfall voyage was a success! 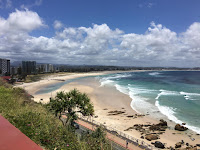 Overall, my trip to the Gold Coast was a complete and utter success and I owe it all to my good friend, Lara. It's times like these that really make me appreciate the path that my life has taken. If I never left the US, if I never pursued my dream of being a marine biologist, I would have never of gone to the places I've been or met the people I've met. I am a lucky person and am truly blessed to have been given the opportunity to see so much of this beautiful earth.